We have been accompanying Yan Lin Aung for six years

At the other end of the SANNI sponsorship experience is Yan Lin Aung. He is 18 years old and has been supported by SANNI since 2013, thanks to his long-term donor Matthias Schlick. For over 5 years, we have watched him grow up into the young man he is today.
When we first met Yan Lin Aung, his father had died, his mother’s second marriage had collapsed, his HIV had disrupted his education and had to move into his grandmother’s house after his home life became too turbulent. They had very little money and couldn’t support themselves so SANNI provided Yan Lin Aung with food, household, education and health support.
Now, he has successfully finished school and has started an electrician apprenticeship. We are proud of the young man he is becoming, and soon he will become independent and be able to enter the world educated, healthy and ready. 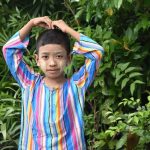 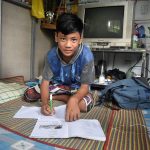